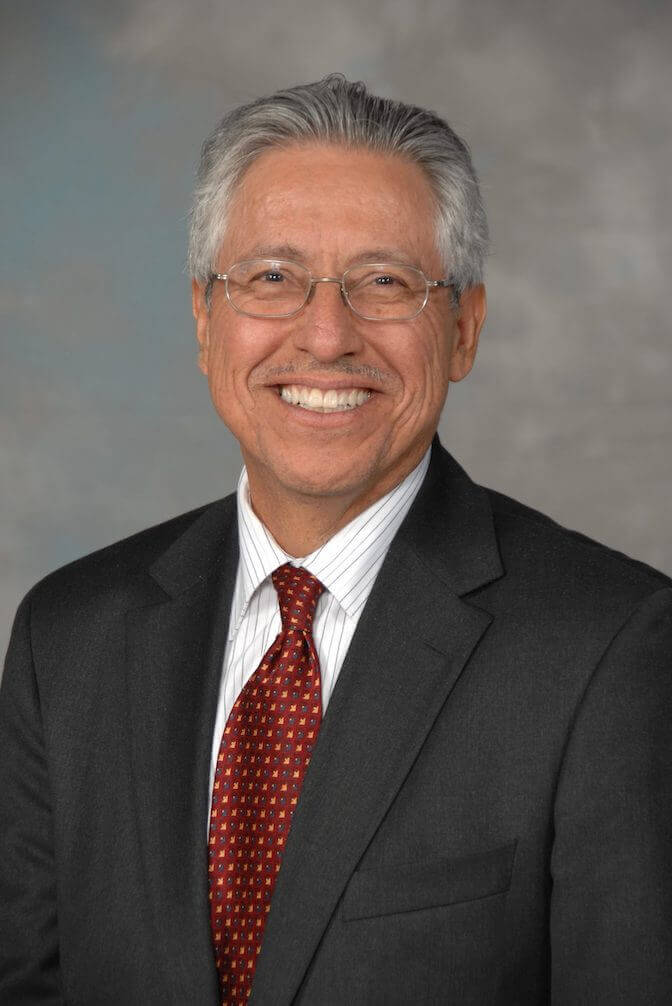 Professor Fernando M. Torres-Gil, the son of migrant farmworkers, was born and raised in Salinas, California. He earned his A.A. in Political Science at Hartnell Community College (1968), a B.A. with honors in Political Science from San Jose State University (1970), and an M.S.W. (1972) and Ph.D. (1976) in Social Policy, Planning and Research from the Heller Graduate School in Social Policy and Management at Brandeis University.

His multifaceted career spans the academic, professional, and policy arenas.  He is a Professor of Social Welfare and Public Policy at UCLA, Director of the UCLA Center for Policy Research on Aging and an Adjunct Professor of Gerontology at USC. He has an impressive portfolio of public service and national and international recognition as a leading spokesperson on demographics, aging, and social policy.  He earned his first presidential appointment in 1978 under President Jimmy Carter and has served under Presidents Bill Clinton and Barrack Obama.

Professor Torres-Gil has provided important leadership in philanthropy and non-profit organizations including as a former board member for the Council on Foundations, Villers Foundation, AARP, The California Endowment, The National Steinbeck Center in Salinas, California, and the Los Angeles Chinatown Service Center. He currently serves on Boards serving the homeless (Step-Up), advocating for vulnerable elders (Justice in Aging), and addressing educational disparities (Alliance for a Better Community). He is Co-Chair of the National Academies of Sciences, Engineering and Medicine Forum on Aging, Disability and Independence and previously served as a member of the Institute of Medicine (IOM) End-of-Life Committee (2012-2014).