September 23, 2010
On September 22, 2010, the Huffington Post featured Step Up On Second on an article written by Deborah De Santis, President and CEO of the Corporation for Supportive Housing: “I’m here in New York City at the Clinton Global InitiativeAnnual Meeting, helping to pay tribute to Step Up on Second,…

On September 22, 2010, the Huffington Post featured Step Up On Second on an article written by Deborah De Santis, President and CEO of the Corporation for Supportive Housing:

“I’m here in New York City at the Clinton Global InitiativeAnnual Meeting, helping to pay tribute to Step Up on Second, a very successful provider of permanent supportive housing.

The story behind Step Up is nothing short of inspiring. It began over 25 years ago as a safe-haven, providing psychosocial rehabilitation and support to people affected by severe and persistent mental illness.

The idea was born of a woman’s selfless commitment to a suffering family member. Searching for services for her loved one and finding few, Step Up founder Susan Dempsay decided to make a difference in the lives of others by organizing a center that offered much-needed care for those struggling with chronic mental illness.

What started modestly in a warehouse in Santa Monica is now a thriving community agency serving over 1,800 individuals every year.

Along the way, the dedicated staff of Step Up discovered what we now know as fact: Hundreds of thousands who suffer with significant, multiple and persistent mental illnesses are also caught up in endless cycles of homelessness.

It wasn’t always obvious how to effectively tackle the linked tragedies of mental illness and chronic homelessness. Then the innovative solution of permanent supportive housing burst on the scene.

By coupling stable housing with the very wrap-around services Step Up promotes and offers, permanent supportive housing addresses a host of issues. It is proven to reduce long-term homelessness by keeping people housed and off the streets. And the plethora of services made available within housing leads to self-confidence, stability and self-sufficiency. Today, Step Up President and CEO Tod Lipka and his amazing professionals oversee 85 permanent supportive housing units at Step Up on Second, Step Up on Fifth, and Daniel’s Village. Over 100 individuals are seen daily and offer over 22 different programs that provide a continuum of care to meet the needs of diverse individuals, free of charge.

By embracing Step Up, the Clinton Global Initiative is joining CSH and others in advocating for more permanent supportive housing. Step Up’s vision has been adopted and declared a “Commitment to Action.” That means the Clinton Global Initiative and its huge and impressive network of partners will help advance Step Up’s next permanent supportive housing endeavor, a 200 unit, state-of-the art complex called Step Up in Hollywood. This project is receiving accolades already for its many “green” elements that will reduce its impact on the environment.

It’s exciting to see the many dignitaries and celebrities at this gathering: Former President Bill Clinton, who founded the Initiative; Former British Prime Minister Tony Blair; Former Secretary of State Madelyn Albright; a host of TV and movie personalities; and several other dignitaries from around the globe. The most impressive part, however, is all the good the Clinton Global Initiative is doing for worthy groups such as Step Up. Since 2005, pledges made through the Initiative have affected more than 200 million lives in 170 countries. More than 1,700 commitments have been made, valued at $57 billion.

I have no doubt that Step Up and its Step Up in Hollywood project will benefit greatly from the new partnership with the Clinton Global Initiative. CSH is proud to have partnered with Step Up for many years and to have committed $3.4 million in predevelopment financing for eight of their projects.

While on stage during the presentation, I was heartened to hear President Clinton decry the unacceptable level of street homelessness in Los Angeles and endorse Step Up’s work as something that should be greatly expanded and brought to scale across our nation.

Step Up is one example of many outstanding, local permanent supportive housing providers transforming lives and neighborhoods.They deserve recognition and the backing of governments and the private sector.”

END_OF_DOCUMENT_TOKEN_TO_BE_REPLACED 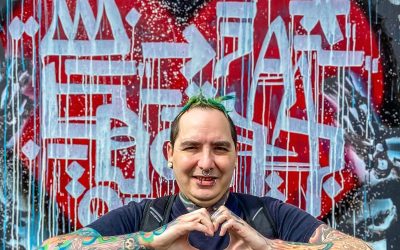