May 14, 2021
Michelle experienced homelessness in a Victorville park while struggling with methamphetamine addiction. She is now employed at Costco and housed in San Bernardino with the help of Step Up’s services, “It felt amazing to hear people telling me I’m getting better and stepping up to a better level in life!” 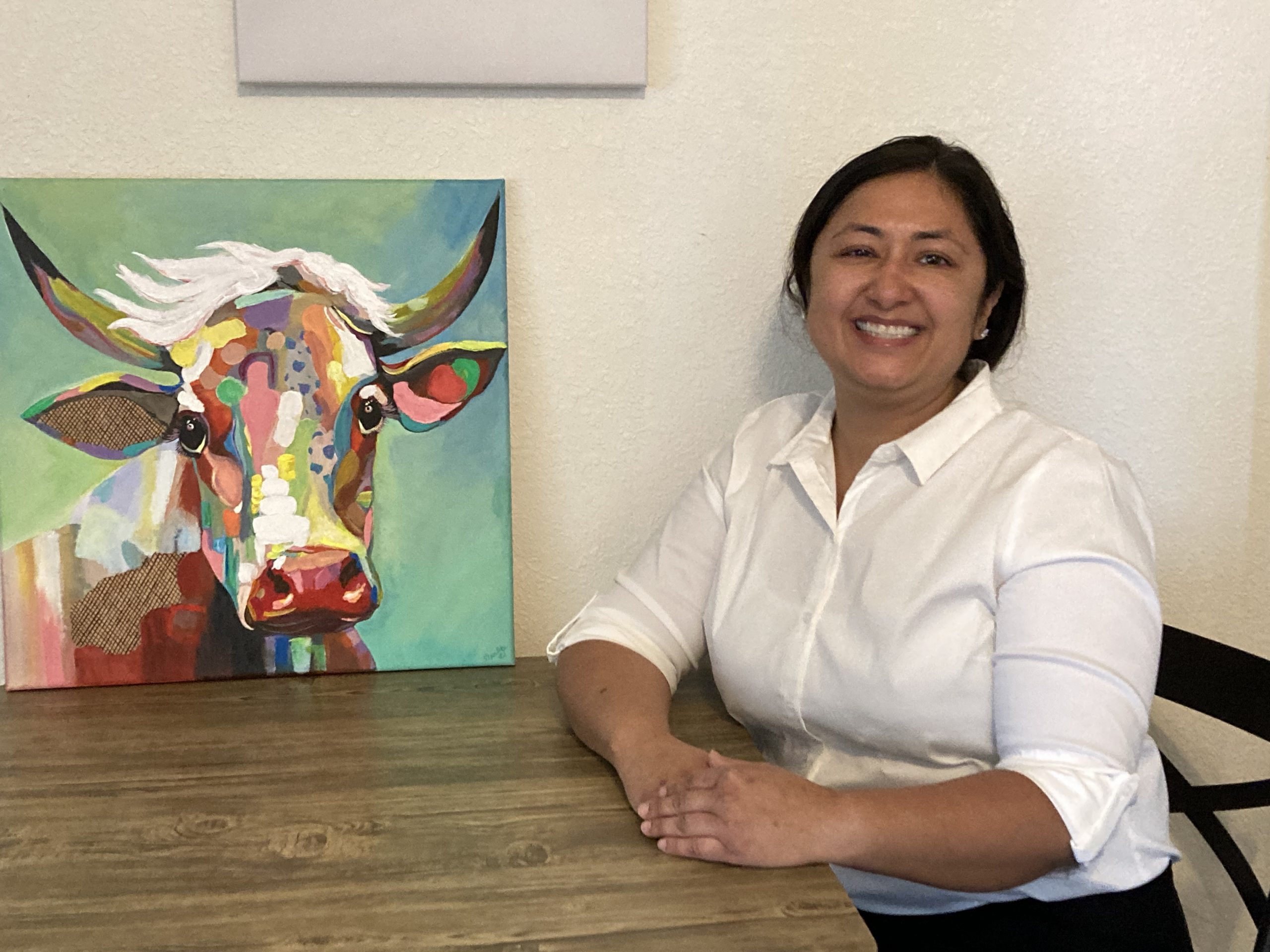 At 39, Michelle is gainfully employed at Costco and has been for two years now, but her life hasn’t always been that structured or hopeful!  Before coming to Step Up in 2017, Michelle had a job but spent all her earnings on methamphetamine.  Her addiction led to her losing her car, her job and her housing – experiencing homelessness in a Victorville park for five years.

Growing up and graduating high school in Highland Park, CA, Michelle would never have anticipated she could end up feeling so hopeless.  She attended Pasadena City College, but then her family moved to the high desert where she became addicted to oxycodone and methamphetamine.  Michelle’s drug use alienated her family and friends and she became increasingly isolated.  Drugs became a way to cope with her homelessness and mental illness.  Depression began to overwhelm her, and at a low point she became suicidal and overdosed. 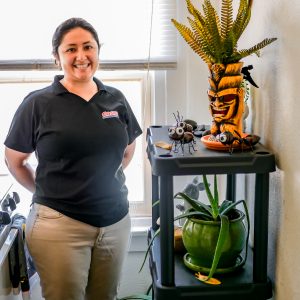 Michelle in her kitchen in San Bernardino with her succulent collection.

Luckily, Michelle was hospitalized and admitted herself into rehab where she spent 20 months.  Visits from her family while in rehab made Michelle realize she had to commit to change, “My niece had just started walking.  Seeing the little one really hit me.  I wasn’t going to know her life if I continued doing drugs.”  Upon release, Michelle was referred to Step Up Inland Empire Housing First Program for permanent supportive housing and mental health services.

With this newfound support and housing, Michelle began to believe she could maintain the structure and self-motivation to find a job at Stater Brothers, go to the gym and attend regular NA (Narcotics Anonymous) meetings.  A few years later, Michelle decided to apply for a job at Costco where she has been since 2019, “I just really enjoy going to work every day.  Whatever they teach me, I’m trying to acquire those skills and knowledge!”

The Step Up team supported Michelle in finding permanent supportive housing and sticking to her new healthy routines, but it is also thanks to the support from partners and donors like you that makes all this possible for Michelle and many others.   Step Up Housing First Program Manager Mikaela Zuniga frames Michelle’s success this way, “Recovery is at the forefront of everything she does.  Michelle has been doing so well, she worked her way up at Stater Brothers and got a new job at Costco all on her own, she handles her own rent, her own budget, it really shows how successful she’s become!” 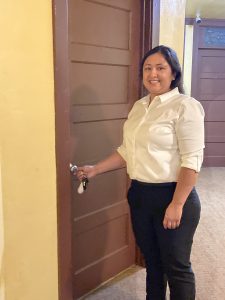 Michelle’s advice for those coping with addiction and anxiety is to go see a psychiatrist.

Michelle’s advice for those coping with addiction and anxiety is to go see a psychiatrist and to “get into a regular routine. Routine is so important because it keeps me on a schedule, without that I feel aimless.”  Michelle’s story is not unusual.  Globally, the World Health Organization reports that one person dies every 40 seconds due to suicide.  Overcoming stigma and hopelessness to find and accept mental health support is fundamental to ongoing recovery.  According to the National Health Care for the Homeless Council (NCH), 68% of the homeless population report psychological distress and over half report a suicide attempt or thoughts of suicide at least once in their lifetime.

May is Mental Health month and we celebrate Michelle’s remarkable success by sharing her story. You can help change the narrative about mental health by simply talking about it.

Mental Health is for everybody!  Have a friend overwhelmed with emotions like sadness, depression or anxiety?  Get them some Mental Health First Aid!

Supporters like you have the power to help save lives like Michelle’s—make a donation to Step Up today!