April 5, 2021
"After I found Step Up I started focusing on my education. I met Emma and Christina at Step Up, the way they helped me was so generous and sweet..." 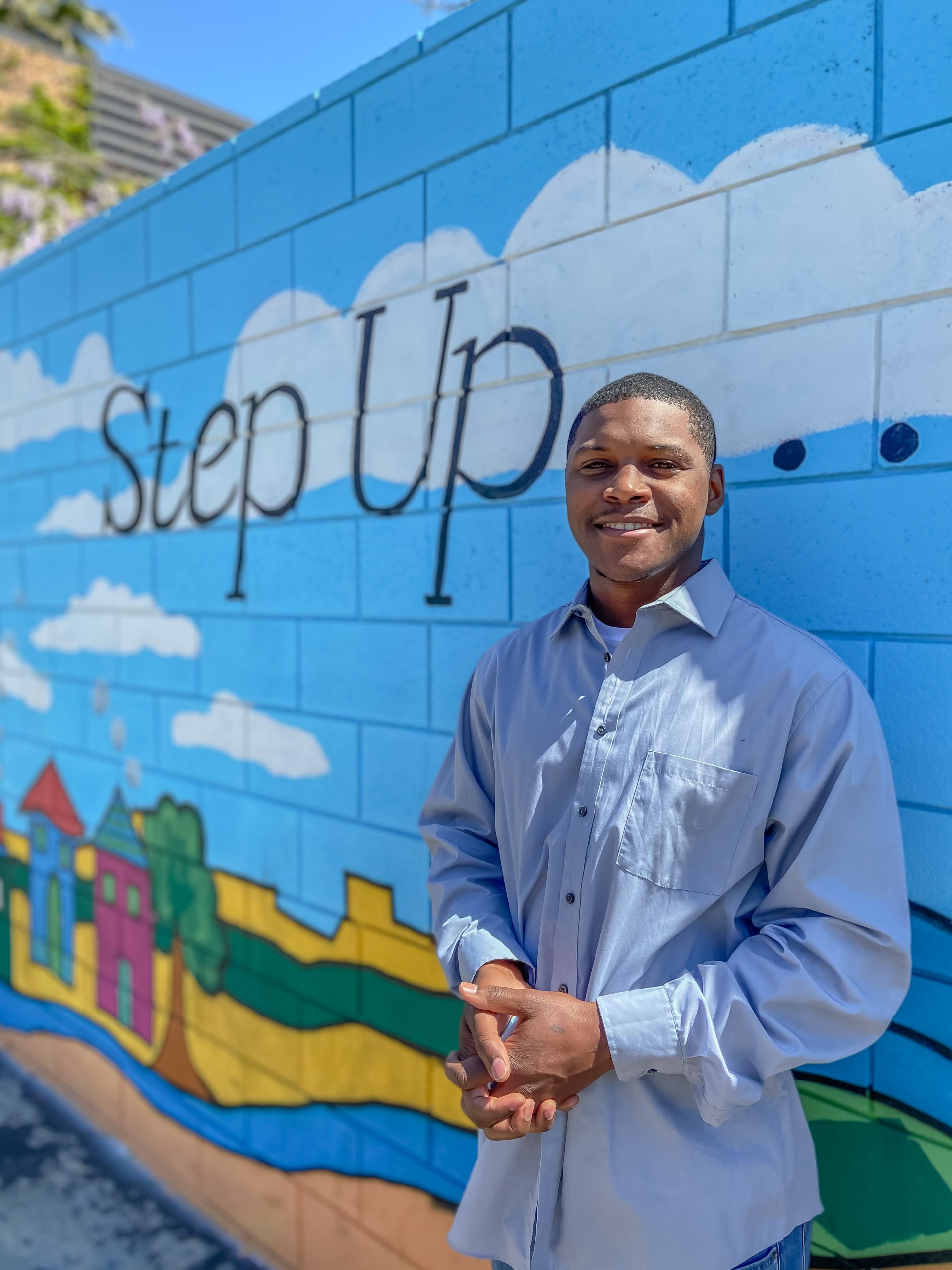 One never knows what leads a person to experience homelessness; it can strike anyone at any age! Marcellus, now 27, was born and raised in Los Angeles with seven siblings.  He lived with his father until the age of six when his father died of cancer. At that point, Marcellus went to live with his emotionally and physically abusive mother.  He was 14 when sadly he and his seven siblings were split and placed into separate foster care homes.  After living in three different foster care homes that did not supply him with proper food nor care, Marcellus aged out when he turned 18 and was on his own.  He worked and was able to obtain housing independently; but two years later, he got laid off and could not pay his rent. For three years he lived on the streets around Hollywood and the downtown area of Los Angeles. Marcellus says it was rough going and impossible to work or go to school with such instability. 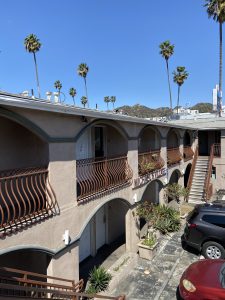 Thankfully, his journey to housing began when Step Up’s Recovery, Resilience and Reintegration (RRR) teams found him and helped him get an apartment at Michael’s Village, one of Step Up’s permanent supportive housing developments in Hollywood. Marcellus has been living there for about three years, and one of the reasons he loves Michael’s Village is that it is located next door to a library. “When I came out here to Hollywood, I had never been to a library until Emma, my housing navigator at Step Up, she found a library by Michael’s Village,” shared Marcellus. After Emma explained to him that Michael’s Village was a place he could use to pursue his life and use it as a stepping stool, Marcellus agreed to go. “Ever since she did that, I came to Michael’s Village November 23rd and I’ve been here since; it’s been nice. I’m not too far from my job.” 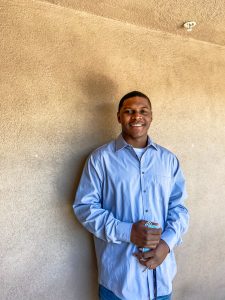 Marcellus outside his apartment.

Your support has given Marcellus stability and the chance to achieve his goals! He is now motivated to follow his dream to be a peace officer or sheriff like his father before him, “I’ve been studying American Administration and Justice.  So, I want a job at the academy as an instructor or if I could a peace officer or just work at any job in the force as my father did and my grandfather did.” In order to reach this inspirational goal, he is currently working a daily twelve-hour shift as a security guard at a pharmaceutical company in Santa Monica.  Marcellus is in the middle of his second year in security, “I need three years’ experience in security in order to get a referral into the police academy.  I really want to see myself accomplish something like that in my life.”  Marcellus loves books, so it’s no surprise that his life philosophy is to “Live your life like a book you must write.  Every day in your life should be something that you add to your book… and maybe your book will inspire somebody else.”

Marcellus’ new journey was only made possible because of the generosity from supporters just like you. Your support is needed now more than ever; please consider making a donation today. On behalf of Marcellus and other members like him – thank you for your consideration.